Matt was named a 2017 Nuffield Scholar.  This entails having a research topic approved, completing travel requirements researching the topic, attending the Contemporary Scholars Conference to meet the other International Scholars from that year, then producing and presenting a research paper.  Matt’s topic was International Best Practices in the Barley Value Chain, for his research he travelled to New Zealand, Australia, the United States and Canada interviewing as many barley breeders, seed companies, farmers, maltsters, brewers and distillers as possible.  He then travelled to Brazil to meet other Nuffield Scholars from the UK, France, the Netherlands, Australia, New Zealand, South Africa, Brazil and the United States.  Upon returning home came the task of synthesizing his findings into a paper that could be of benefit to others involved in agriculture in Canada.  Here is his final report.

We're not around right now. But you can send us an email and we'll get back to you, asap. 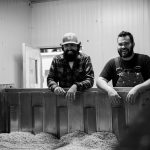 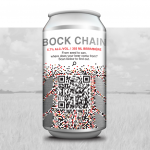